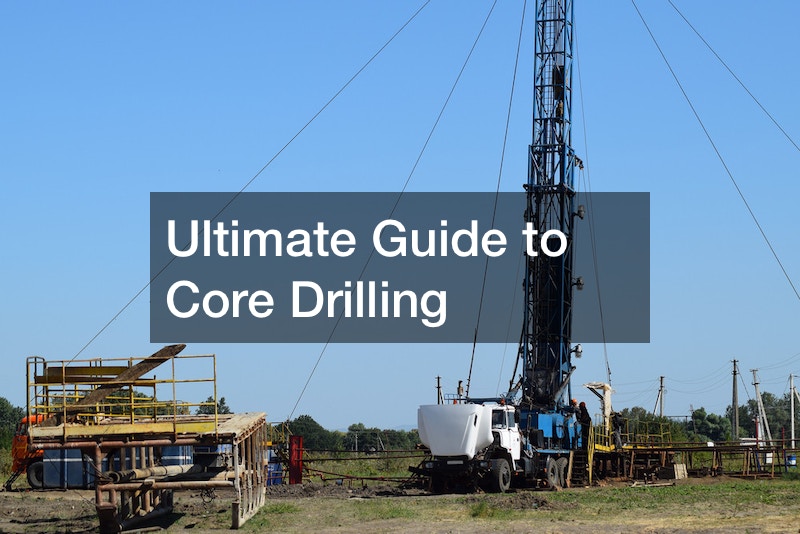 Core drilling, also known as concrete drilling, is a task done by core drilling services whereby precise holes are made in surfaces like rocks. According to the narrator in the video, the main objective of core drilling is to produce a high-quality core sample. The core sample is used to check the quality or mineral content of the surface it’s obtained from. Core drilling is based on the concept of rotary drilling.

In core drilling, a ring-shaped drill bit fitted with cutting elements like diamond or tungsten carbide is placed on a surface and rotated at high speeds to make precise holes. The drill bit is typically hollow in the middle; this space is where the core sample is collected as the drill bit continues boring.